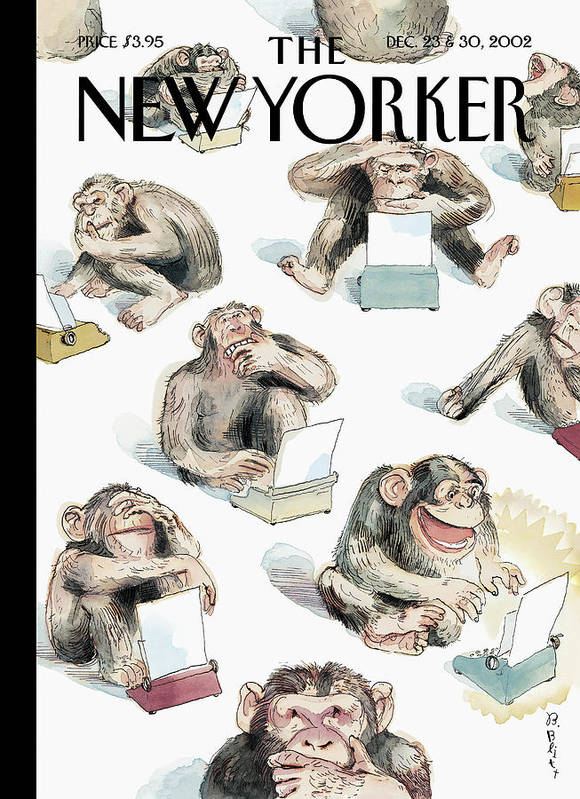 … eventually, two of them will be cited, in consecutive paragraphs, in the New York Times.

Here’s “This is Your Brain on Metaphors,” yesterday’s column by Robert Sapolsky for the Opinionator blog, in its regular series on philosophy, the Stone. His subject? The “why” behind an incredible mystery:

Symbols, metaphors, analogies, parables, synecdoche, figures of speech: we understand them. We understand that a captain wants more than just hands when he orders all of them on deck. We understand that Kafka’s “Metamorphosis” isn’t really about a cockroach. If we are of a certain theological ilk, we see bread and wine intertwined with body and blood. We grasp that the right piece of cloth can represent a nation and its values, and that setting fire to such a flag is a highly charged act. We can learn that a certain combination of sounds put together by Tchaikovsky represents Napoleon getting his butt kicked just outside Moscow. And that the name “Napoleon,” in this case, represents thousands and thousands of soldiers dying cold and hungry, far from home.

Read down a few paragraphs, and you find Sapolsky citing a 2006 Science article co-authored by Katie (Awerkamp) Liljenquist (’95):

In a remarkable study, Chen-Bo Zhong of the University of Toronto and Katie Liljenquist of Northwestern University demonstrated how the brain has trouble distinguishing between being a dirty scoundrel and being in need of a bath. […]

After that, it’s time to hear from Daniel Sullivan (’04):

No, we haven’t sent Sapolsky a list of additional Scholar-experts for his next column. But we could.