Who should apply for the Flinn Scholarship? 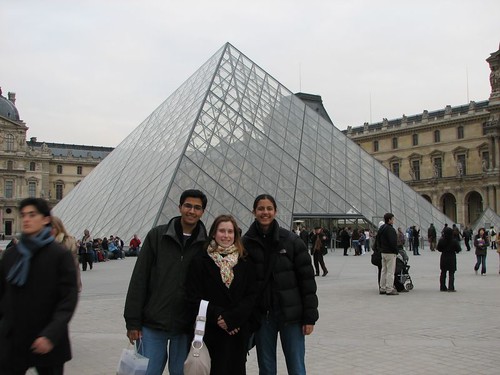 Blake Thomson (’09) thinks that students who have always dreamed of working three part-time jobs and eating only ramen noodles might not want to apply for the Flinn Scholarship. Here’s his advice for everybody else.

My name is Blake Thomson, and one short year ago I was working on my Flinn scholarship application, just like you. I was tired of my mom telling me how lucky I would be if I were to receive the scholarship. I was sick of telling her that there was no chance I would receive such an amazing deal. I was frustrated by the idea of having to address such difficult essay prompts just to be turned away by such a prestigious scholarship committee. But I couldn’t stop thinking about the regret I’d feel if I didn’t give myself a chance.

And so, to appease my mom, my friends, my teachers, and most of all, myself, I applied for the Flinn. Of course, to protect my ego and to appear cool and collected, I put up a front of indifference every time someone mentioned the Flinn.  I can’t even count how many times I used the phrase “yeah it’d be cool but… we’ll see” during those ensuing months.

The period of time between my application submission and my selection as a Scholar is hazy, and I think I must’ve blacked out somewhere in there amidst the daunting interviews, the hesitant optimism and the many emails, because I’m not entirely sure how I was chosen to be a Flinn Scholar. But the point is, I got the scholarship.

Even though every time I brought up my application for the Flinn I’d add on to the end of my remark that “obviously it’s a science thing and I won’t get it, but it’s not a big deal.” Even though I kept stressing and searching and studying each college trying to find the right match for me, because I was certain I wasn’t going to have any “viable” in-state options. Even though, in my final interview for the Flinn, I told a decorated and revered former general that, in my opinion, war is never the answer (I think I stopped breathing for the remainder of the interview). Even though I cringed at the thought of going up against all these kids who I was certain were “better than me” for a scholarship that essentially ensures that I am going to have to work hard, dream big, and, to use a cliché, be somebody.

The Flinn is for anyone, not just the science-oriented. However, if you picture any of the following as essential college experiences that you would like to have, you might want to reconsider applying for the Flinn Scholarship:
•    Settling on driving to Nogales for a day-trip to satisfy your urges to “study abroad.”
•    Having to look at any purchase in terms of its food value (e.g. not buying a shirt because “it costs 24 packages of ramen.”)
•    Having to camp out in a lawn chair by the car of your college advisor in order to get in touch with him.
•    Putting that unpaid internship with a congressman on hold because your first priority is defending your title as “Most Reliable Fry-Maker” so you can get the much-needed bonus to pay your college tuition.

These are all things you will not have to deal with as a Flinn Scholar. However, oddly enough, if you are a bit eccentric and for whatever reason would really like to have these experiences, you could still have them as a Flinn Scholar if you so choose. And that’d make you an interesting individual, which means… you’d be a great candidate for the Flinn.

In short, there is no reason not to apply for the Flinn. Don’t second-guess yourself. Show the committee who you are, who you hope to be, and know that you have nothing to regret.

Thank you, and I hope you have a great senior year,