What is the Flinn Scholarship worth? 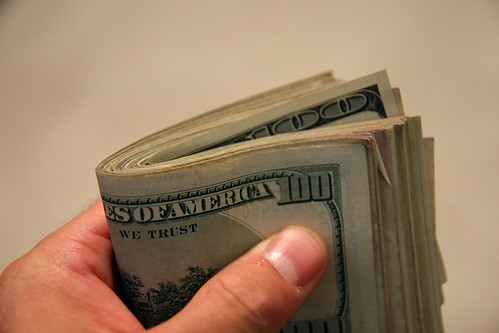 Between late next month, when Flinn Scholarship applications go live, and the middle of next May, when we announce the Class of 2011, one of the most frequently asked questions that Foundation staff will receive is:

“So, what is the Flinn Scholarship worth?”

Sometimes, I can just about see the wheels turning in an applicant or parent’s mind as I rattle off what the award provides–an allotment for study and travel abroad, funding for room and board, the value of eight semesters of tuition provided by the university. Add it up, and you have a sum near $90,000.

People tend to hear that number in a couple of different ways.

For some people (this was me in the fall of 1993), it sounds almost like the Powerball jackpot, the kind of largess that would change one’s life. I was one of those applicants for whom it was either win the Flinn Scholarship or scrape together work-study, a partial scholarship, tons of loans, and still be living pretty frugally–definitely lacking the resources for study abroad, for example.

For other people, the monetary benefit of the scholarship sounds, well, small. I’ve quoted a figure that’s almost insignificant. Over the course of a year or two of researching universities, they’ve gotten used to the idea of Ivy League sticker prices, to the extent that $200,000 for tuition alone has started to sound normal.

I say that while fully aware of how beneficial it was to not have money worries as an undergraduate. My options expanded dramatically. My capacity to concentrate my energy on my studies, on creative pursuits, on campus activities, on travel–all of that was magnified tenfold by the modest financial freedom that the scholarship permitted me.

But still, the Flinn Scholarship doesn’t have that much to do with money. I think this is closer to what it means:

A few weeks ago, I was emailing back and forth with a Scholar alum who was in town to visit family for the weekend. The alum told me that something wasn’t right at home; the alum’s father was showing indications of some kind of neurological problem. It wasn’t an acute event like a stroke, but it had apparently been worsening rapidly over the course of several weeks. The alum, a young doctor, was growing worried.

Because I was about to leave on vacation, I didn’t learn for more than a week what happened. The alum ended up taking the father to the emergency room at St. Joseph’s Hospital and Medical Center the next day. Within 48 hours, he was in surgery at Barrow Neurological Institute to have multiple brain tumors removed.

Having recently lost my own father to a long struggle with cancer, I understood some of what the alum was experiencing. Still, there was really very little I could do to help. But I knew who could. I wrote the alum another email:

We have a Scholar alum who’s the medical director of neurorehabilitation at Barrow. Christina Kwasnica has stayed in close contact with the Foundation, and I’m sure she would be receptive if you run in to any obstacles in the next little while. I’d be happy to put you in touch with her.

Tina Kwasnica (’87), a graduate of Mesa Dobson High School, had returned to Arizona after med school at Northwestern University, and had soon enough assumed important clinical leadership roles at Barrow. Earlier this year, Phoenix Magazine called Tina (pictured on the right) one of metro Phoenix’s five “most innovative physicians who are taking patient care into the next frontier.”

The alum wrote me back late that night:

Ironically, Dr. Kwasnica is my dad’s neurorehab doc and I just got off of the phone with her. I love the Flinn family. Now I am much more reassured, even though I haven’t even met her in person, that my dad is getting terrific care. Isn’t that funny?

How do you quantify the value of gaining a second family?  I can’t. And that’s why, when I meet an applicant or a parent, it can be so hard to answer their questions satisfactorily.

If I have enough time, I end up resorting to stories like this one. There are more of them, many more, stories that just about any current or alumni Flinn Scholar could tell of what the Flinn scholarship is really worth.